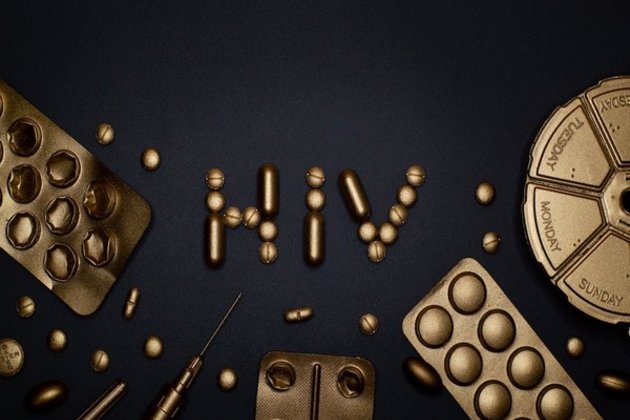 California [US], October 3 (ANI): Certain gut bacteria, including one required for a healthy gut microbiome, differ between people who develop HIV infection and those who do not, according to new UCLA-led research.

The findings, published in the peer-reviewed journal eBioMedicine, suggest that the gut microbiome may influence one's risk of HIV infection, according to study lead Dr Jennifer Fulcher, assistant professor of medicine, division of infectious diseases, at UCLA.

"This is an important area that needs further research to better understand if and how these bacteria could affect HIV transmission," said Fulcher, who also has an appointment with VA Greater Los Angeles Healthcare System. "Microbiome-based therapies are becoming a hot area of research with great potential. With further research, this could be a novel way to help in HIV prevention."According to Fulcher, there is a link between chronic HIV and changes in gut bacteria. The researchers wanted to learn more about when these changes begin to occur after HIV infection.

To that end, they examined gut microbiome samples collected both before and after infection from 27 men who have sex with men. They then compared those samples to those of 28 men who had similar behavioural risk factors for infection but did not have HIV.

The samples were obtained from the UCLA-led Collaborating Consortium of Cohorts Producing NIDA Opportunities (C3PNO), a resource and data centre for millions of pieces of research, lab samples, statistics, and other data aimed at accelerating research into the effects of substance abuse on HIV/AIDS.

The researchers discovered that there was very little change in the gut bacteria of the infected men during the first year. They discovered, however, that HIV-infected men had pre-existing differences in gut bacteria before becoming infected, compared to their uninfected counterparts.

When compared to uninfected at-risk controls, these men had lower levels of Bacteroides species, a type of bacteria prevalent in the lower intestinal tract that has important metabolic functions in maintaining a healthy gut environment, and higher levels of Megasphaera elsdenii, whose role in the human gut is unknown. Prior to infection, men who acquired HIV had elevated inflammatory cytokines and bioactive lipids, both of which are associated with systemic inflammation, indicating that their bodies were constantly on the defensive against infection or injury, according to the researchers.

The study's limitations include small sample size and a focus on only young men who have sex with men, the majority of whom use drugs, which may limit its generalizability to other populations. (ANI)

BUENOS AIRES, Argentina: A massive wave struck the Viking Polaris cruise ship this week as it was sailing toward the ...

After years of upheaval, US judge throws out Huawei fraud indictments

NEW YORK City, New York: Last week, a U.S. judge has dismissed an indictment against the chief financial officer of ...

PALMDALE, California: Northrop Grumman has unveiled its new B-21 "Raider" jet, the first in a new fleet of long-range stealth ...

NEW YORK, New York - Stocks in the U.S. and around the world fell on Wednesday although losses were mostly ...

Hearing aids now sold without prescriptions in US

WASHINGTON D.C.: Hearing aids can now be sold without prescriptions from a doctor in the U.S., making it easier and ...

Musk confirms that apple to resume advertising on Twitter

SEATTLE, Washington: Amazon.com is planning to resume advertising on Twitter, pending some security tweaks to the company's ads platform, purchasing ...

Mexico, US plan joint strategy to lure businesses back to N. America

For All Mankind (4K UHD)