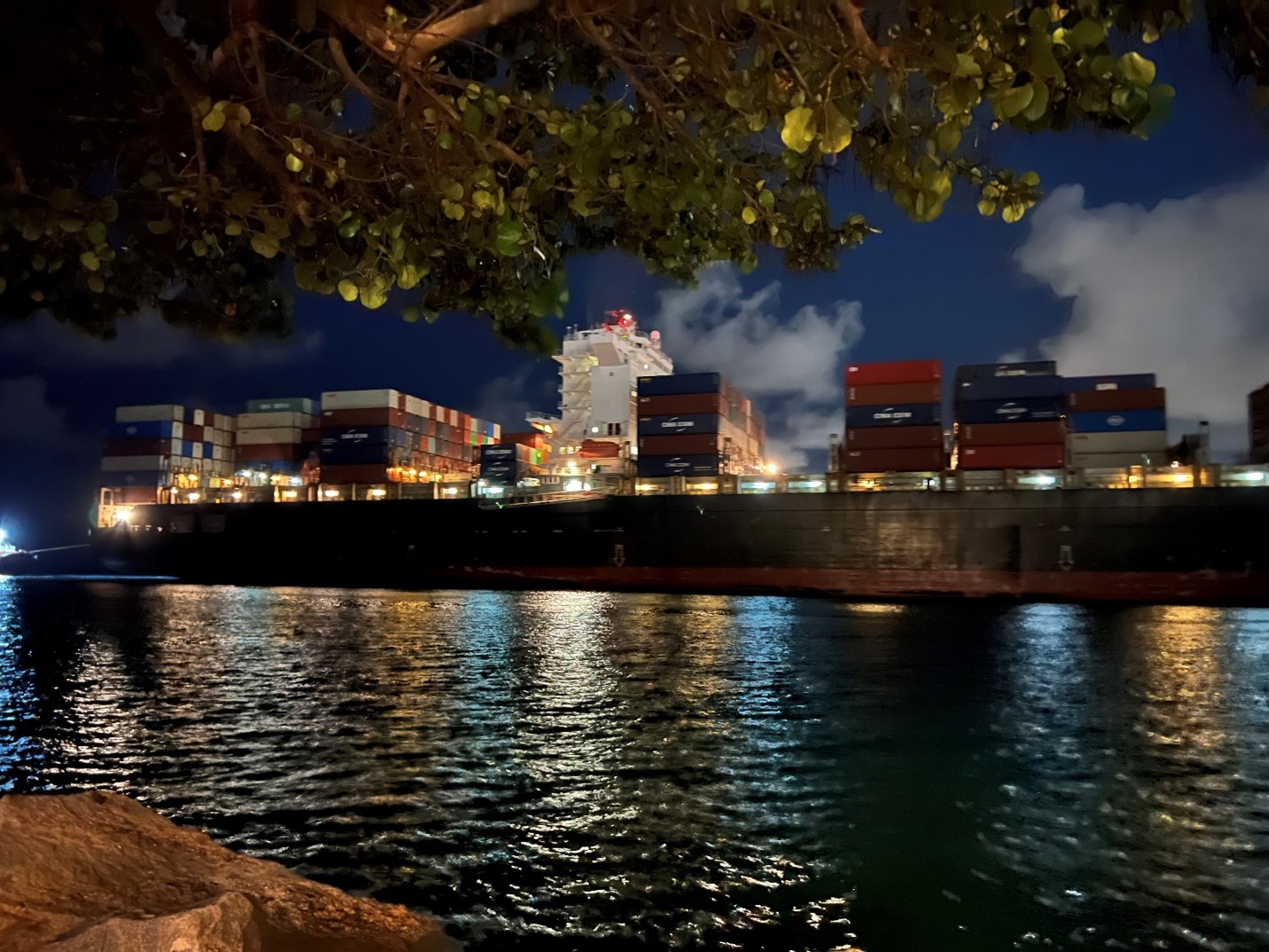 Here are some of the highlights from the June and July virtual conferences.

Industrial investment sales grow skittish as ‘retrading' activity becomes ubiquitous. Retrading is a phrase that describes property sellers or buyers (normally the later) changing terms of a transaction - typically the proposed sale price of a property, once the due diligence phase of a transaction commences. Retrading happens most often if a physical condition of a property is discovered, such as a leaky roof, to use an extreme example. Lately, however, 100% of the retrading activity shared by the NAI Global brokers during the July Logistics Conference Call is being driven by buyers that are reacting to rising interest rates and increased risks to buy industrial assets. For example, if the original return, or Cap Rate, based on the originally agreed upon price is around 5% or 5.5%, the increased cost of debt planned for the acquisition is putting the return rate/risk in the 6% to 7%+ range. Thus, buyers are going back to the sellers of these properties and seeking price reductions. In one instance, a buyer had to revisit a planned purchase (of a property) because its stock price was declining while interest rates were rising and as a result the Capitalization Rate will increase from the original 4.7% to something higher, yet the deal is still moving ahead.

One broker said that institutional investors are putting everything on hold 5-6 weeks to see how interest rates shake out.

There is upside to some of the retrading activity, according to some of the broker comments, and that is for sales that are dropped during the due diligence period - and most often to institutional investors, it is allowing local and usually smaller regional investors (who have been 'boxed out') the opportunity to buy in what has been one of the most competitive environments for industrial property sales in history. (Sources:Meyer/New Jersey; Licht/New Jersey; Chambers/Atlanta; Black/Nashville; Pastor/New Jersey; Roth/Chicago; Armon/Reno)

Rental rate growth continues to be one of the main stories with industrial real estate. Walgreens signed a lease in the Orange County, NY market for $11 per-square-foot (psf) and most landlords are now asking $12 psf. Just two years ago typical asking rates for newly constructed industrial buildings were $7-8 psf. One broker said that rate hikes have been so aggressive that the brokers are being blamed for market conditions and even described the perception that 'we're the enemy.' In a painful example for one tenant, the company had been paying about $4.5 psf for a property and renewed at $6.50 a foot with 4% annual increases. That is a more than 30% increase from an existing rental agreement to the company's new lease and thereby adding an operational expense that will have to be passed on to customers, reduce corporate profits or some combination of each. In another example, a tenant in a multi-story and multi-tenanted building is currently paying $3.75 NNN and their rate is going to double when the term is due. The tenant is unhappy with the new building buyer, the broker and the market. Further, rent growth is motivating landlords to do shorter leases, because the capital markets are discounting deals associated with longer-term leases (5 vs. 10-year). This is at first contrarian, as normally investors like to buy property assets with long-term leases in place, for the stability and predictable income. However, with rates increasing so fast, investors fear that a rate locked in now for 10 years will leave money on the table, or income, for the second half if a 10-year deal were structured. Hence a recently completed, 50,000-square-foot lease completed in the Allentown PA market was for five years, per the landlord. Sources: Culberson/Albany; Licht/New Jersey; Caronna/Baltimore; Adams/Allentown)

Retailers are entering new markets and/or serving existing customers with warehouses instead of stores. In Oklahoma City, grocer The Kroger Co. (NYSE: KR) has a new 50,000-square-foot warehouse and ecommerce facility under construction with plans to offer food delivery services in the region similarly to the way 'America's largest grocery retailer' expanded in Florida in 2021. The new facility is a hub-and-spoke model with primary service out of (hub) Dallas market. According to a company press release, the new 'Oklahoma facility will serve as another geography for the company, bringing innovation and ecommerce to the area, extending the grocer's reach and ability to provide its customers anything, anytime, anywhere.' (Source: Everett/Oklahoma City)

Delaware, which only has a total industrial inventory of approximately 32 million square feet for the entire state, is often a lower-cost alternative in the I-95 corridor for warehouse/distribution occupiers compared with southern New Jersey and southeastern Pennsylvania. Across several municipalities there are multiple new industrial development projects in the planning stages at the local land use level ranging from 127,500 to 1,420,000 square feet and for one other good reason- the industrial vacancy rate in Delaware is less than 1%. (Source: Hickey/Delaware)

A Reshoring example was shared, with New Jersey-based Greenland Technologies Holding Co. bringing home a portion of its manufacturing business in China to make electric forklifts and excavators at a new, 54,000-square-foot plant the company is building in East Baltimore County. (Source: Caronna/Baltimore)

Spurred by greater mobility and moving/relocation activity, as well as working from home during the pandemic, demand for Self Storage facilities across the U.S. has soared throughout 2021 and 2022. As such, Self Storage developers and operators continue to scour the U.S. for suitable new sites and facilities, and the search has brought them to tertiary markets in, among other places, Northern Indiana. In the South Bend and Elkhart areas of the state, older generation industrial buildings with 24-foot clear height ceilings that are being offered for sale have multiple offers from Self Storage developers and operators within days of listing. In most cases the developers try to keep the building shell and if they can, add to it. They are also utilizing perimeter areas of these industrial properties to lease outdoor storage space. In recent months, 8 industrial buildings have sold to Self Storage developers in that one submarket alone. (Source: Davey/Northern Indiana)

Supply chain disruption and material shortages are impacting industrial development projects and increasing construction costs. Among the materials are roofing materials and asphalt. Several of the participants cited builders that are scrambling to finish their projects with roofing as the greatest challenge. In the Baltimore area, roofing has increased 85% year-over-year and the cost to pave an acre of land for outdoor storage (with asphalt) has shot up from just over $100,000 a year ago to over $200,000 now.

A Columbus, OH developer ordered switchgears for one of his projects last September and the equipment will not arrive until this September. Switchgears are one of the most common pieces of equipment at industrial, commercial and residential sites as they function to safeguard electrical connections and (mostly) intended to isolate electrical circuits.

ZAGREB, Croatia: Authorities have said that a weekend bus crash near Varazdin in Croatia killed 12 passengers and injured 32.The ...

US, India to hold military exercise near disputed Chinese border

WASHINGTON D.C.: The U.S. will participate in a joint military exercise in mid-October with India, less than 62 miles from ...

MOSCOW, Russia: A leading Russian scientist in the field of hypersonic flight, Dr. Alexander Shiplyuk, has been arrested on suspicion ...

Citing safety of children, LA to move homeless away from schools

LOS ANGELES, California: During a meeting that was disrupted by protesters this week, the Los Angeles City Council voted to ...

WASHINGTON D.C.: The U.S. Justice Department announced this week that former Puerto Rico governor Wanda Vazquez has been arrested in ...

NEW YORK, New York - Stocks closed mixed the world over Thursday as investors struggled to get a clear picture ...

NEW YORK CITY, New York: In another frustrating day for U.S. travelers, on the morning of August 9, 153 flights ...

JAKARTA, Indonesia: A senior cabinet minister in Indonesia has told CNBC Indonesia that U.S. carmaker Tesla has signed contracts worth ...

SYDNEY, NSW, 2000 - Stocks in Asia, with the exception of Japan, rallied on Thursday following the release of July ...

LOS ANGELES, California: Since early May, Charlie Hamilton has not irrigated his vineyards with water from the Sacramento River, despite ...

YANGON, Myanmar - Honeys Holdings, a Japanese clothing retailer that manufactures much of its product line in Myanmar, has decided ...