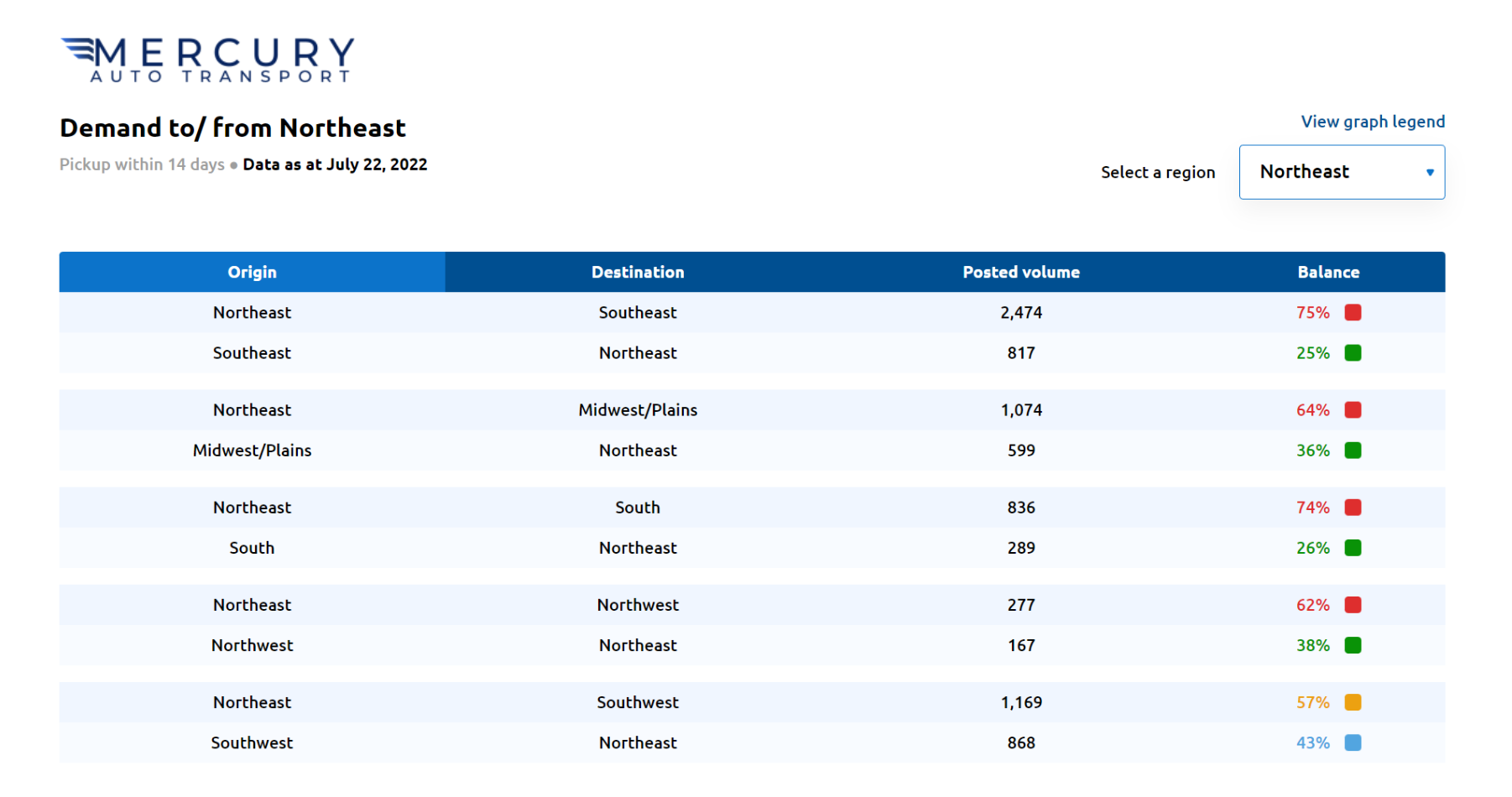 The new tool provided by Mercury Auto Transport gives stakeholders access to key business metrics, such as the number of cars waiting to be shipped all over the US, the total demand in a specific region, and the volume share in any given area. Founder and CEO Matthew Sandomir says he has been manually monitoring and capturing industry data for the past three years.

Mercury Auto Transport is confident that this new tool will enable people to gain specific insights that were previously indiscernible. The tool shows how many cars are waiting to be shipped in the US at any given time, the percentage change in demand from the past weeks, and requests by region.

According to Sandomir, the figures will enable transport suppliers and brokers to see patterns in customer behavior and prepare for peak seasons. The information could help them extract actionable insights from the data and optimize or improve their operations, which could help them increase revenue or better their customer support.

'We started tracking about three years ago and what we did was every Friday for three years, we'd go on to different national load boards specifically for auto transport to get information and then record it all manually in a spreadsheet,' recounts Sandomir. Though his methods of recording may have been outdated, they became the stepping stone for him and his company to exhibit critical information that was previously inaccessible to anyone.

It was only recently that Sandomir and his team could visually encapsulate all the figures in an easily understandable dashboard. 'I obviously don't know how to write SQL or any of these codes, so I did all this on a spreadsheet. With this tool and all the graphs and charts, I could show it to people so they can understand what I'm talking about,' says Sandomir.

'Our agents have been looking at my excel and pdf pictures of this information for years. Whenever I don't come out with it on time for them, they'd come to me because they want to know what's going on. So, I know it's good internally,' says Sandomir.

He explains that the tool also enables him and anyone in the team to see any imbalance. For instance, demand to and from the northeast area shows over 2,400 vehicles for shipping to the southeast and more than 800 cars awaiting shipment from southeast to northeast. This implies an imbalance where 75% of traffic is all going south.

Sandomir says this data gives people information on demand, supply, and pricing. 'It gives us an idea that it's much harder to find a driver going south because the demand is very high, so people will have to wait. Now, if you're waiting to ship from the south and going north, you can easily find a driver just like that. It's going to be cheap because they're going back half empty anyway. So, this tool gives us a little insight into that sort of supply and demand from one region to the next,' explains Sandomir.

Since Sandomir entered the auto transport industry in the early 2000s, no exhaustive tool has enabled providers, brokers, and customers to gain insights like the analytics tool Sandomir and his team have developed.

'I would challenge anyone to go high and low, and there is nothing like this for auto transport that even exists. And I know that because I had to go through hell to make this happen. The odds that somebody else went through, what I did to do this first, they kind of need to see this two, three years down the pipe because there's a lot of data collection involved,' says Sandomir.

Mercury Auto Transport may have been using the same kind of data for the last three years, but putting the information into an easily understandable dashboard will undoubtedly pivot the company to further heights.

Sandomir says he intends to make the information freely available on the company website without requiring signup or registration. He expects the tool to be available in the next couple of weeks.

Founded in 2007 by Matthew Sandomir, Mercury Auto Transport has grown into an authority in the auto shipping industry. The company's headquarters is located in Davie, Florida, but most of its team operates worldwide. The company is known for its transparency and innovative solutions. Since 2018, the company has grown by 25% year on year.

For second time, US to outlaw flavored e-cigarettes

WASHINGTON D.C.: Despite the U.S. Food and Drug Administration's 2016 crack downon fruity, sweet-flavored e-cigarettes that can cause teens to ...

LONDON, England: Official figures have been released indicating that in the year to June, the UK recorded its highest increase ...

US approves sale of hearing aids without medical prescriptions

WASHINGTON D.C.: The U.S. Food and Drug Administration has approved the sale of over-the-counter hearing aids for people with mild ...

DHAKA, Bangladesh - Michelle Bachelet has urged the Bangladesh government to establish an independent investigation into allegations of enforced disappearances. ...

LONDON, England: Despite a legal challenge in London's High Court in early September, the UK government is continuing to pursue ...

NEW DELHI, India: During his national day address this week, Prime Minister NarendraModi said India will seek to become a ... 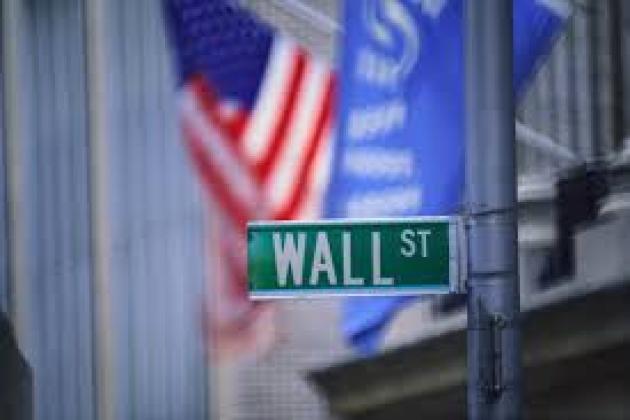 SYDNEY, NSW, Australia - Stocks were in the doldrums in Asia on Friday as investors weighed up potential Federal Reserve ...

NEW DELHI, India: After a decline in prices reaching a 2-year low encouraged investors to purchase silver in 2022, India's ...

NEW YORK CITY, New York: The American hedge fund Third Point has purchased a stake worth some $1 billion in ...