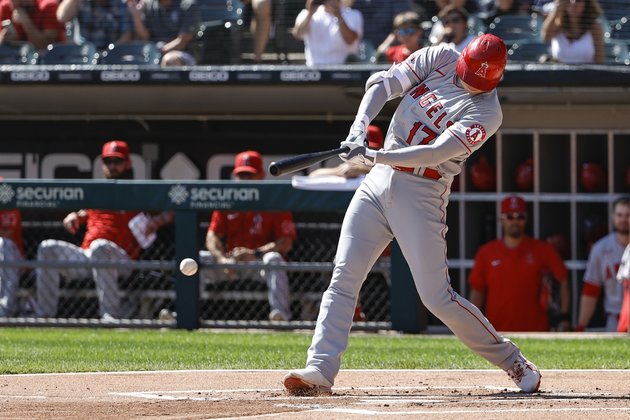 The Los Angeles Angels have scratched two-way star Shohei Ohtani from his next pitching start against the Oakland Athletics due to arm soreness.

Ohtani, 27, had been penciled in to start Friday's weekend lid-lifter against the A's. But Maddon said Ohtani emerged with a sore arm after playing catch Wednesday.

"It's just soreness, I think it is, from a long year," Maddon said. "That'd be my guess, but there's been no plans on him seeing any kind of a doctor."

Maddon said the team has not officially discussed shutting down the MVP candidate yet.

"Actually, I did bring it up, but that'll be something that we'll talk about as he starts to feel better, and then we'll take it from there," Maddon said. "I don't even know the next day he's scheduled to play catch. ... If he feels great, I see nothing wrong with (him pitching again), but if there's any kind of lingering soreness, you may see him not pitch. I just don't know that answer yet."

Ohtani's spot in the lineup is as designated hitter, having made just 13 appearances in the outfield this season.