A myth is leaving us: Simeone condoles Maradona's demise 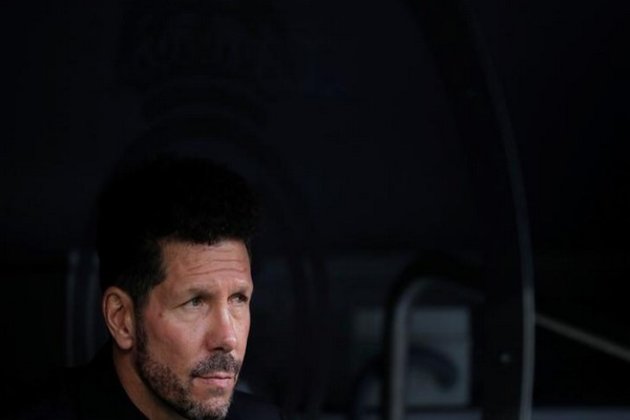 Maradona had passed away on Wednesday at the age of 60 after suffering a cardiac arrest. Shortly after news of Maradona's death, Atletico had kicked off their match against Lokomotiv Moscow in the Champions League.

Simeone was in the Argentina squad with Maradona at the 1994 World Cup and they both were teammates at Sevilla as well in 1992-93.

"It's hard. When they call you on the phone and tell you that Diego passed away, you think, 'Diego cannot die'. A myth is leaving us, an Argentine who transmitted all his rebellion to fight with his positive and negative things, but always going forward. The way to get excited about playing soccer was by looking at him," Goal.com quoted Simeone as saying.

"He welcomed me in a spectacular way in Seville, I was young. The moment they tell you about this situation [Maradona dying] you say, 'It can't be, he can always come out.' This time he could not, but he will always be with us, especially with the Argentines, he is a myth and it gives us a lot of sadness and emptiness -- it cannot be. A very strong hug for his closest family and a lot of pain," he added.

The 60-year-old Maradona had been hospitalised at the start of November, days after celebrating his birthday.

Maradona was hospitalised as he complained of regular fatigue. His tests at the La Plata clinic revealed a blood clot in Maradona's brain, which doctors later revealed was operated on successfully.

As per a report in Goal.com, Maradona was also released from the hospital, but in the early hours of Wednesday, Maradona suffered cardiac arrest, and paramedics at the scene failed to revive him.

Maradona had begun his professional career with Argentinos Juniors at the age of 16 and he went on to become one of the greatest players to ever play the game of football.

He represented Boca Juniors, Barcelona, Napoli, Sevilla, and Newell's Old Boys as a player. Diego was considered the main player in taking Argentina to their second World Cup title in 1986.