CLAYTON COUNTY, GA / ACCESSWIRE / November 25, 2020 / The Georgia legislature has codified minimum requirements for motor vehicle liability insurance policies under O.C.G.A. § 33-7-11. Any automobile liability policy in this state must have not less than $25,000.00 dollars because of bodily injury to or death of one person in any one incident or $50,000.00 dollars because of bodily injury to or death of two or more persons in any one occurrence. In current economic times, $25,000.00 dollars is nowhere near enough insurance coverage for someone who is seriously injured in an automobile collision. Even minor collisions alone result in hospital visits for diagnostic testing and can result in more than $25,000.00 dollars in medical bills. This is not to mention that many injuries will put people out of work for some time, causing them to have a claim for lost wages. 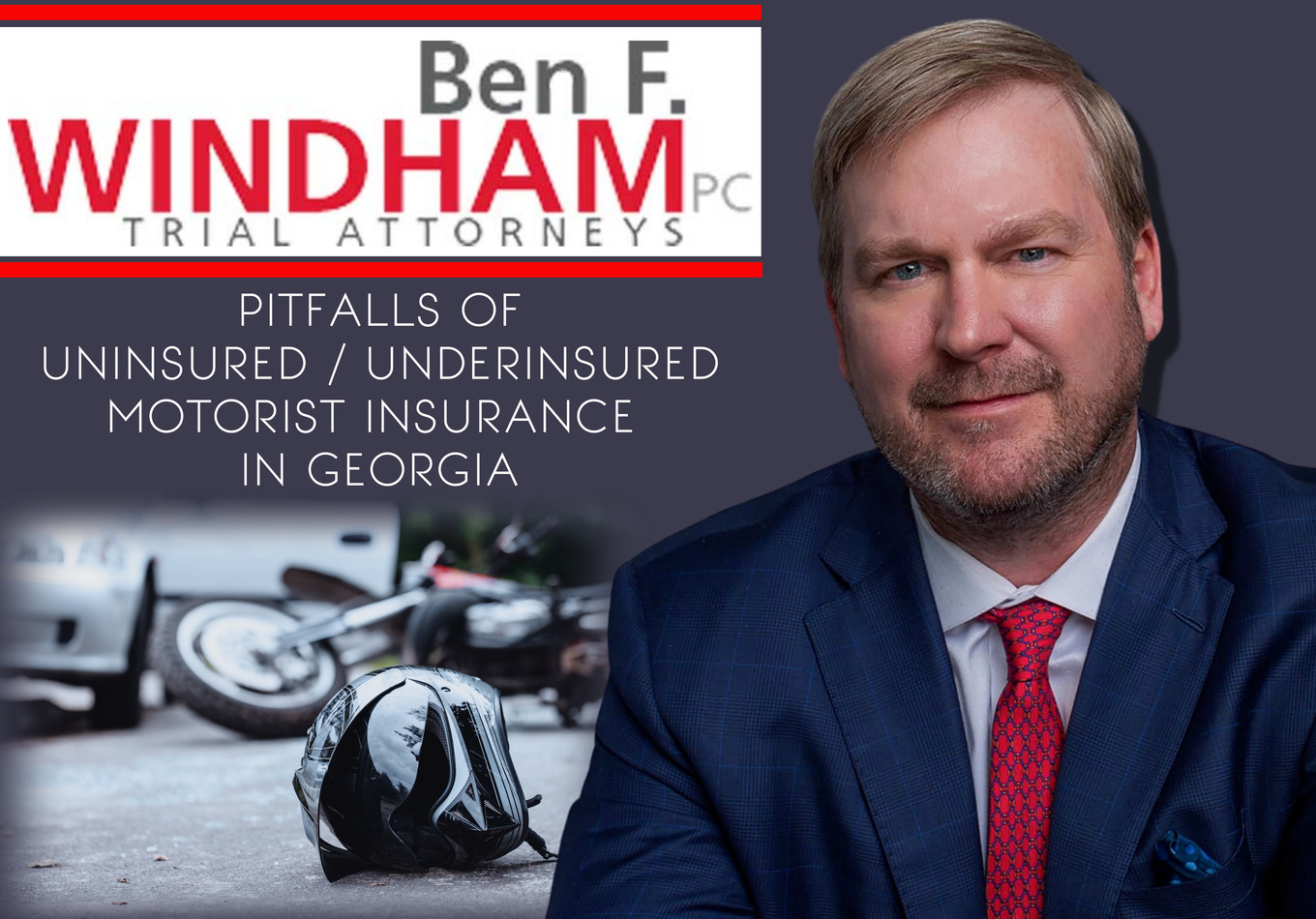 It is very important due to the minimum required policy limits in this state that people have what is referred to as 'uninsured' or sometimes 'underinsured' motorist protection on their automobile insurance policy. While it is true that everyone should carry uninsured motorist protection, it is these types of policies that are the most unfair to insureds in the State of Georgia.

If your own insurance carrier evaluating your claim to uninsured / underinsured motorist coverage drags you through two years of litigation, then no matter what a jury awards you, you can only potentially recover a bad faith penalty of 25% of the limits of your uninsured/underinsured motorist protection and reasonable attorney's fees. Should you get to that point and finally have a jury award you the limits of your uninsured/underinsured motorist protection, your insurance company will not voluntarily pay the penalty. They instead, fight and defend the second lawsuit that you must bring against the insurance company directly in order to prove they were acting in 'bad faith.'

Another pitfall of uninsured automobile insurance in Georgia is that most folks don't realize that you cannot say the word insurance or indirectly refer to the concept of insurance in any way at a personal injury trial seeking insurance proceeds. Georgia law allows insurance defense lawyers to defend their case in part by hoping that people on your jury will assume that you are suing the person that caused your injuries individually, creating guilt that should they award what is just and right they could financially ruin the person that was negligent.

A lot of insurance companies are putting in their policies that failure to file a claim and 'formally' notify them within a reasonable time after an accident of your potential need to tap into your own uninsured/underinsured coverage will result in no coverage at all. I am seeing more and more large automobile insurance companies in Georgia completely refuse to honor any uninsured/underinsured claim by their customer when their customer fails to 'formally' put them on notice of a potential claim within what they consider a reasonable time after the collision. The courts have little or no power to do anything other than side with the insurance companies based upon basic contract principles.

I hope this opens your eyes to many of the pitfalls that face Georgia consumers in making an uninsured / underinsured motorist claim on their own automobile insurance.

Ben was born in Clayton County, Georgia and raised in both the Clayton County cities of Jonesboro and Morrow. Ben F. Windham and the attorneys of Ben F. Windham, P.C., serve personal injury clients throughout Clayton County and all counties in Georgia. They specialize in seeking justice for individuals who have been injured by the negligence of others and litigate against all insurance companies providing tenacious and honest representation. Their approach is hands-on and much different from the high-volume TV and billboard lawyers. Clients of Ben F. Windham, P.C. work directly with an attorney during all phases of their case. At Ben F. Windham, P.C. expect a collaborative team with an entrepreneurial mindset determined to meet and exceed their client's expectations each step of the way towards obtaining justice.

WASHINGTON, DC - With a promise to 'heal' America, which in recent months witnessed a chaotic election and messy transition ...

KABUL, Afghanistan - Major violence has spread, and escalated across Afghanistan.Scores of national security forces and Taliban militants have been ...

JERUSALEM - Israeli authorities should provide Covid-19 vaccines to the more than 4.5 million Palestinians in the occupied West Bank ...

WASHINGTON, DC - Washington is locked down and U.S. law enforcement officials are geared up for pro-Trump marches in all ...

WASHINGTON, DC - In a sign of the changing political environment in the Middle East, the United States military will ...

U.S. stocks rose on Tuesday, the last day of Donald Trump's presidency.It was a fitting farewell as numerous records were ...

SYDNEY, NSW, Australia - Stocks in Asia were hot on Tuesday, although mainland China was running against the trend.In Hong ...

NEW YORK, New York - According to futures trading, U.S. stocks are likely to sink further when they re-open on ...

WASHINGTON, DC - Tech giant, Apple might finally be getting rid of Touch Bar from its next rendition of the ...