In sports, coronavirus shows no respect for stars or youth 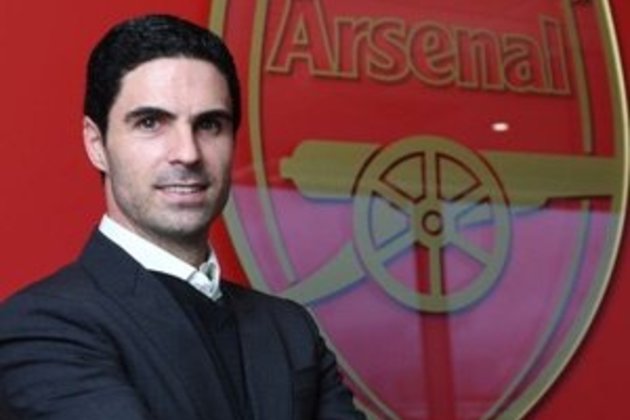 High-level sports was one of the first social activities shut down by the coronavirus pandemic and many athletes, who play in front of crowds and train with team-mates, have been among the high-profile victims.

While only one sports personality, the 76-year-old former Real Madrid president, Lorenzo Sanz, has so far died, those infected spread across the age range and the sporting spectrum, with clusters in Italian football, the NBA and cycling.

The numbers could be higher because not all clubs are testing.

Valladolid in the Spanish Liga rejected test kits saying they should be used on those who need them.

The NBA's Golden State Warriors said they would only test players with symptoms.

"We're treating ourselves like people, which is what we are," said general manager Bob Myers. "We're just a basketball team."

Here, AFP Sport looks at some of the most high-profile cases:

- On March 17, while the International Olympic Committee and local organisers were still insisting the Tokyo Games would go ahead as scheduled this summer, Japan Olympic Committee deputy chief Kozo Tashima said he had contracted coronavirus.

"I have a mild fever. Examinations showed a symptom of pneumonia, but I'm fine," the 62-year-old Tashima said in a statement, issued via the Japan Football Association, which he also heads.

As a result of the Spaniard's diagnosis, the Arsenal squad were sent into self-isolation for 14 days.

The club said at the time that the teenager was "doing well."

- Among other young, rising, stars to catch the virus is 20-year-old Brazilian tennis player Thiago Seyboth Wild who announced on Wednesday that he had tested positive.

He said he started feeling ill "about 10 days ago."

That came after a globe-trotting period typical of the tennis circuit.

On 1 March, Seyboth Wild won his first ATP title in Santiago Chile. The following week he played in a Davis Cup tie in Adelaide, Australia.

"I really don't think he's the only player who has it," former player Lindsey Davenport told Tennis Channel. "We have so many players all over the world."

- Former NBA season MVP, Kevin Durant, a 31-year-old forward former NBA most valuable player, is one of four Brooklyn Nets players to have tested positive. The forward had been sitting out the season recovering from an Achilles injury.

- Utah Jazz star Rudy Gobert tested positive for the virus. The Frenchman had to apologise after pointedly touching every microphone and voice recorder on a table in front of him at a media conference, only to then test positive for Covid-19.

- Defender Daniele Rugani at Italian champions Juventus was the first player from Italy's Serie A to test positive.

Since then, team-mates Blaise Matuidi, a World Cup winner with France, and star striker Paulo Dybala have tested positive.

- In Spain, centre-backs Ezequiel Garay from Argentina and Frenchman Eliaquim Mangala are among five cases.

- In Germany, Luca Kilian is among four known cases in the Bundesliga but the news is good for the 20-year-old Paderborn defender. The club's sporting director, Martin Przondziono, told German media Kilian "had two days of real trouble, with fever and chills, but he's better now."

- Sean Payton, the long-time head coach of the New Orleans Saints in the NFL, announced 19 March that he has coronavirus.

"If people understand the curve, and understand the bump, we can easily work together as a country to reduce it," 56-year-old Peyton, who led the Saints to their only Super Bowl victory in 2009.

- Belgian midfielder Marouane Fellaini, the former Manchester United and Everton midfielder who is with Shandong Luneng Taishan in China also reported that he had tested positive.

- The first sportspeople to be hit by the virus were at cycling's UAE Tour in late February. One of the victims, Colombian rider Fernando Gaviria tweeted on 12 March: "". But as recently as Monday, cycling media were reporting that he was one of eight people still quarantined in a hospital in Abu Dhabi.

Joe Biden all but wraps up Democratic nomination

This is a brief response to the Australian High Court ruling handed down on Tuesday that unanimously quashed the convictions ...

PanARMENIAN.Net - France has reported 833 new coronavirus deaths in the past day, the highest daily toll since its outbreak ...

Head of U.S. Navy jumps ship after furore over commander

WASHINGTON, DC - WASHINGTON - Acting Navy Secretary Thomas Modly is to step down after creating a furore which has ...

Wuhan re-opens after more than two months in lockdown

WUHAN, China - Wuhan, the capital city of Hubei province and the epicentre of the novel coronavirus outbreak on Wednesday ...

NEW YORK, New York - It was a positive day for Wall Street on Wednesday as sentiment towards a peaking ...

BERLIN, Germany - German citizens will now be able to use a special app on their smartphones, smartwatches or fitness ...

MUMBAI, India - The Life Insurance Council in India has announced that all life insurers, both public and private, are ...

Fruit and vegetable markets in Europe left scrambling for business

Picture a traditional English summer. For many, Wimbledon and strawberries come to mind.Since 1877, the lawn tennis tournament at Wimbledon, ...

The Shape of Water