Food waste: using sustainable innovation to cut down what we throw away 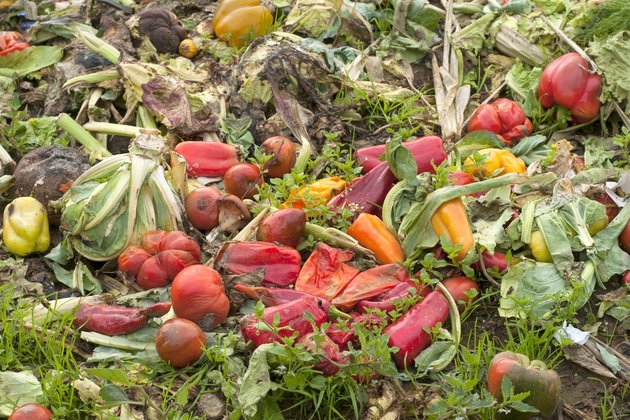 Our appetite for food is a serious problem. The huge amount of energy, land and water used to fill our supermarket shelves mean that modern overproduction and excessive consumerism are rapidly depleting resources and damaging the planet.

Now more than ever the survival of our food production is hinged on sustainable innovation. Here are some current ideas which attempt to effectively (or not so effectively) deal with food waste in the supply chain. We have given each type a "sustainability score" out of 20, based on five separate factors, including economic and environmental efficiency.

More than half of food waste in manufacturing and farming is classed as "avoidable" and accounts for Pound 1.4 billion of losses in the UK. This has inspired a range of small businesses which use this waste to make new products.

London-based former chef Tom Fletcher, for example, founded Rejuce, in 2012 and since then has turned over 250 tonnes of ugly wonky fruit and veg into juices and smoothies. A network of suppliers provides the company with local and low cost ingredients, eliminating their own disposal costs in the process.

Rejuce has been able to grow - now selling more than 100,000 bottles a year - by saving edible food from going to waste and turning it into nutritious products.

Meanwhile Toast Ale, is a non-profit organisation which makes alcoholic drinks, including pale ales and craft lagers, from waste bread. It sources around 13,000 slices of bread discarded daily by sandwich manufacturers.

The byproduct of brewing is then processed and given to local farms for use as a highly nutritious animal feed. Selling online and through major British supermarkets Tesco and Waitrose, Toast Ale donates all its profits to Feedback, a charity working to transform the global food system.

These businesses - and many others - are reshaping the way we perceive and use waste as a value adding resource, rather than something that needs to be thrown away.

Anaerobic digestion (AD) facilities provide renewable energy and gas. Wyke Farms, one of the leading dairy manufacturers in the UK, is using this approach to power its factories. Its biogas digester plants break down organic matter from farmyard manure, cheese making, cider mills and bakeries into natural energy.

This electricity is then used to power manufacturing sites, and the additional power is fed back into the grid to provide clean electricity for the local community. Not only does this save enormous amounts on energy bills every year, but it also reduces waste generation from manufacturing, lowering methane emissions.

It does not stop there. The leftover material from AD plants are excellent fertilisers which are used on Wyke Farms land and given to local farmers to boost soil fertility. The company also collaborates with its suppliers to implement sustainable approaches that reduce environmental impacts and save money.

But AD does bring some challenges. It requires a large initial investment and might prevent further innovation in dealing with byproducts of farming and manufacturing.

Burning food is not good for the environment as it releases carbon dioxide into the atmosphere. There are also concerns over the health implications of incinerators due to their weak pollution monitoring systems.

A report published by the Green Party showed an increase of 5.5m tonnes of waste sent for incineration in the UK between 2012 and 2017, adding up to over 10m tonnes. With stagnating recycling and composting rates at around 11m tonnes in this period, in some areas more waste is being incinerated than recycled. When examining a company, one should check how much burning contributes to their lower levels of waste.

Burning, incineration and AD are themselves energy consuming and costly. We could benefit from the energy that is generated through these methods, if the appropriate waste stream is used (non-recyclable waste, farmyard manure). But using recyclable or avoidable food waste which could be repurposed is a sheer waste of resources, time and labour that has gone into growing and processing food.

Overall, as a business case, sustainable innovation is intrinsically sound. It reduces waste and lowers environmental impacts as well as saving millions each year through increasing supply chain efficiency.

More importantly, it is an organisational culture that encourages activities and ideas that increase environmental and financial efficiency and prevents false claims that fail to do so. Of course, there will be businesses which attempt to jump on the bandwagon, making false claims about sustainability and the environmental impact of their operation.

One way to differentiate between "revolution" vs "bandwagon" start-ups is to demand ever greater transparency and question where companies source their raw materials. As consumers it is our responsibility to ask questions and hold brands accountable in their use of sustainable innovation.

Obamagate is the latest conspiracy theory to be pushed by U.S. president, Donald Trump. It started on the morning of ...

SEOUL, South Korea - The South Korean government on Tuesday launched a 'no mask, no ride' policy on buses and ...

Tensions between Beijing and Washington add to world's Covid-19 woes

BEIJING, China - China said on Sunday that its relations with the United States were "on the brink of a ...

Protesters for and against lockdowns clash in Germany

HAMBURG, Germany - German police clashed with a large crowd of demonstrators who gathered to protest against a sanctioned anti-lockdown ...

PARIS, May 26 (Xinhua) - French President Emmanuel Macron on Tuesday vowed to massively back the auto sector to help ...

SYDNEY, NSW, Australia - Stocks in Asia charged ahead on Tuesday, adding to gains made on Monday."Investors are trying to ...

HUAWEI WATCH GT 2e emerges as the bestseller on Flipkart

LOS ANGELES, California - California avocados gained access to the Chinese market as a result of the China-U.S. phase-one economic ...

SYDNEY, Australia - Tokyo and Sydney shares took off on Monday, and while stocks gained in Shanghai and Hong Kong, ...