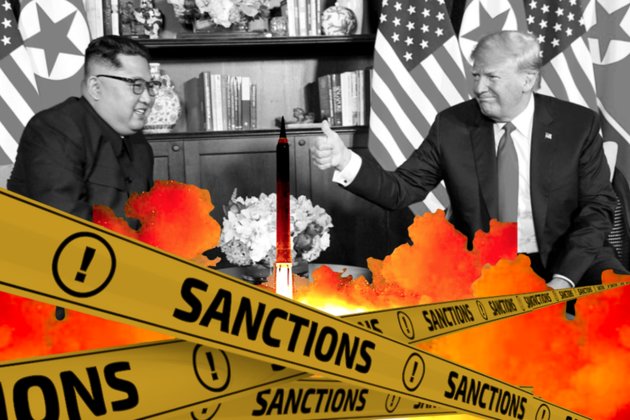 On Monday, the South Korean President Moon Jae In revealed that Trump had charged him with delivering a key message to his North Korean counterpart.

Speaking to reporters, Jae In said that Trump had asked him to forward a message to the North Korean leader,  which was aimed at ending the snag in talks between Pyongyang and Washington and would pave the way towards swift denuclearization of the Korean Peninsula.

Jae In said that Trump discussed the state of affairs with him during a meeting held on the sidelines of the Group of 20 Summit in Argentina last week.

While North Korea has insisted on receiving relief from the strict international sanctions against the country before it denuclearizes, the U.S. has demanded verifiable dismantling of the country's nuclear arsenal before it lifts the sanctions.

Pyongyang has also repeatedly slammed Washington's unilateral demand that the country destroys all its nukes.

Talks between the two countries are being headed by the U.S. Secretary of State Mike Pompeo, who has failed to deliver in getting a list of steps that the rogue nuclear nation aims to take towards denuclearization.

Pompeo has demanded that the nation hands over an inventory of the weapons that make up its nuclear arsenal, that has emerged as a major threat not only in Asia, but also for the rest of the world.

Meanwhile, experts have revealed that despite engaging in diplomatic talks, North Korea has continued to expand its ballistic missile program.

The Washington think tank, the Center for Strategic and International Studies, has revealed that North Korea has continued to strengthen its missile development at several secret bases.

With talks deadlocked, North Korea even announced the test of a new "ultramodern tactical weapon" earlier this month.

While Washington and Pyongyang fail to move past the impasse, the two Koreas have enhanced ties over the last few months.

Despite stringent UN sanctions, South Korea has been pacing ahead with an ambitious project to connect the daily networks between the two countries.

On Friday, for the first time in over a decade, a South Korean train crossed the heavily-guarded border into North Korea.

Further, experts from Seoul announced that they had begun surveying railway tracks in the North.

The first train to cross the border in several years on Friday required a special permission from the UN to carry equipment and fuel into the North.

Meanwhile, Jae In indicated in his statement to reporters that "corresponding measures" might be given for steps that North Korea takes toward completely dismantling its nuclear weapons program.

However, he categorically clarified that these measures do not have to include sanctions relief that Pyongyang has been desperately seeking in a bid to strengthen its economy.

Shedding light on the possible measures, Jae In said, "For example, postponing or reducing the U.S.-South Korean joint military exercises may be a sort of corresponding measure, or humanitarian assistance, or some kind of non-political exchange, whether it is a sports exchange or an art troupe."

Officials say that seven civilians have been killed and six others wounded in a roadside bomb attack in northern Afghanistan.The ...

Tensions between U.S. black communities and police go back centuries

Outrage over racial profiling and the killing of African Americans by police officer ...

WASHINGTON, DC - Under siege in the White House, President Donald Trump is aggravating America's latest racial anguish in a ...

NEW YORK, New York - Stocks in the United States, and across the world were in demand again on Tuesday, ...

Chinese solid waste imports down by nearly 50% this year

BEIJING, June 2 (Xinhua) -- China is now moving closer and vows to achieve its goal of halting all imports ...

CO CORK, Ireland - A U.S. manufacturer of essential oils, health and wellness products is developing a manufacturing plant near ...

Dubai getting back to business after lengthy break

DUBAI, UAE - Malls throughout Dubai are slowly building their business after being dormant for some weeks due to the ...

News Corp's closing of its community and regional papers, with few remaining and others online-only, cancels centuries of beliefs about ...